”> the only one of its kind in Hälsingland – and the world.

Today the farm is a private hotel and hostel (bed and breakfast, B&B), part of the Swedish Tourist Association (STF). Kungsgården has probably been in Långvind since the early 1800s, perhaps even earlier.

”>When the house was standing next to the manor, it was Kungsgården – not the manor – which had the ironwork‘s mansion clock, which shows the importance of the house.

house as next neighbour.

The Långvinds bruk owner at that time, Wilhelm August Söderhjelm, decided that the house should be moved.

”>Wilhelm August Söderhjelm chose a good place for the house.

Even before the farm got its present location, the bicentennial ironworks era was coming to an end. It’s been said for a long tome, that the Långvind manor was a former royal estate (“kungsgård”) relocated from the neighbouring parish of Norrala, which since the Middle Ages has been the seat of one of Norrland’s six royal estates. Research from the early 2000s shows that Långvind manor has never been moved – and that the oldest log was from 1799.

Anders Franzén, building experts and cultural historian from Uppsala, has literally drilled into the manor’s history. The rumor that Långvind houses a royal estate, however, can be quite accurate. But it’s Kungsgården – not the Långvind manor – which may have a history as a royal estate, something also Anders Franzén thinks is likely. He also gives an explanation: with time the fine heritage was transfered from the simple farmhouse to the Långvind manor. 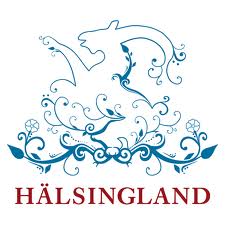